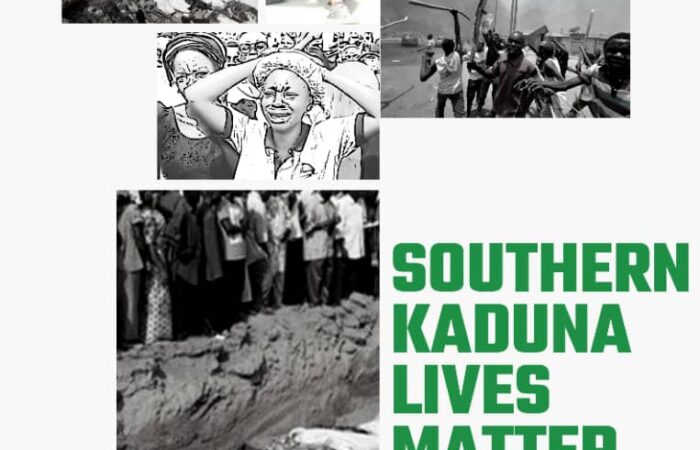 A Legal Advocacy group, the House of Justice in partnership with two other civil society organisations, the Resilient Aid and Dialogue Initiative (RADI) and Kunak Foundation are seeking donations from individuals as well as organisations towards providing support for victims of violence in Southern Kaduna.

This was disclosed in a statement jointly signed by Gloria Mabeiam-Ballason, Chief Executive Officer of House of Justice, Alheri Bawa Magaji, Co-founder of Resilient Aid & Dialogue Initiative (RADi), and Bavoshiya Gloria Nyan, the CEO of Kunak Foundation, and made available to The ICIR.

According to the statement, the initiative is a replacement for the House of Justice’s annual summit and banquet.

“We have had to substitute that event for the more urgent and pertinent task of reinforcing the value of human life in Nigeria. Our first call is Southern Kaduna, an area that has perpetually been in the news for mind-boggling destruction of lives, property, cultural heritage, and dignity,” the statement read.

The groups added that the long-term effects of the violence in the region have left many hungry, homeless, without means of livelihood, and traumatised.

“It is in the light of this that House of Justice leads the Southern Kaduna Resilience Fund (SKARF) Project as an effort to join in rebuilding the communities, restore livelihoods and education for the children of the affected areas,” the groups said.

They stated that from 1st December 2020 to 30 November 2021, the House of Justice and its 6,477 partners across 25 countries will raise N100 million naira ($250,000) to support the rebuilding of homes, livelihood, and education in Southern Kaduna.

House of Justice noted that it is committing to 5-year education support from January 2021 to December 2025 as its corporate social responsibility while also counting on individuals and organizations for donations.

“We recognize that the amount and commitment are modest, we do not underestimate the generosity of the human spirit and the fact that it is only in extending our humanity to others that anyone truly lives. It is on that note that we invite you to join with us to replace tears and suffering with dignity and hope.

“We kindly request for donations that will go into rebuilding houses in the communities and for the support of means of livelihood and education,” the statement further read in part.

The groups called on President Muhammadu Buhari to rise to his statutory responsibility as enshrined in sections 14 and 17 of the 1999 Constitution of the Federal Republic of Nigeria to provide security and welfare and to ensure that government actions are humane and anchored on the ideals of freedom, equality and justice not just in Southern Kaduna but in all parts of the Federal Republic of Nigeria.

The organizations also called on volunteer counsellors, psychologists, trauma assistants, and teachers who can work in camps and the affected communities to support the initiative.

The Southern Kaduna axis of Kaduna state has witnessed several occurrences of violence resulting from inter-communal clashes and bandits attack.

From June 10 to August 21, survivors, community leaders, and rights groups said a total of 136 persons have been murdered in unprovoked attacks.

Also, Amnesty International in its August 24, 2020 report said at least 366 people have been killed between January and July 2020 in Southern Kaduna.

In a press statement issued by House of Justice HOJ, on Southern Kaduna Resilience Fund,…

NEWS:Attacks- House Of Justice To Raise $250,000 For Rebuilding Of S/Kaduna Communities