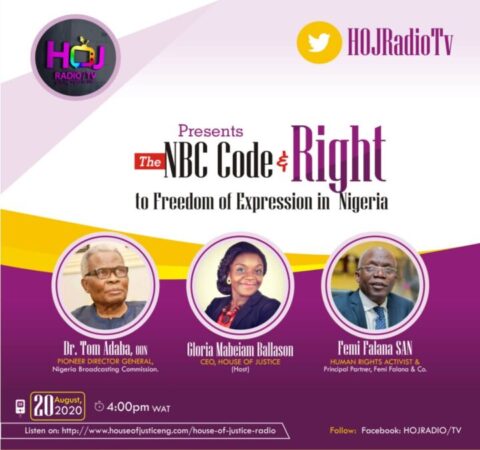 You Don’t Have Immunity From Posterity- Falana Slams El-rufai.

Femi Falana, a human rights activist and Senior Advocate of Nigeria has said that Elrufai may have constitutional immunity as a Governor but not immunity to prosecution in the court of public morality. Falana who was a guest on the House of Justice network program was a guest on Thursday 20 August, 2020 along with pioneer Director General of the National Broadcasting Commission, Dr. Tom Adaba to discuss the NBC Act and the right to Freedom of expression in Nigeria. Falana was vocal on the issue and said:

“The legal profession suffers from institutional memory. In 2006, we had a 2-day boycott of court to protest disobedience of court orders by the then government.

We identified 8 court orders that were being disobeyed at that material time. 3 out of the 8 were disregarded by Governor Elrufai, who was then Minister of the Federal Capital Territory.” Continuing he said

‘The Olusegun Obasanjo’s administration was embarrassed by the protest of Nigerian lawyers and instructed the Attorney General of the Federation, Bayo Ojo, SAN to ensure that the orders being complained about by the lawyers were complied with. 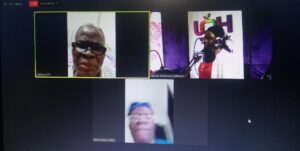 All other government departments and officials complied with the orders except Mr. Elrufai and he has continued to be in disregard of court orders. Governor Elrufai is being accused for having a penchant for disregarding court orders. ‘

Adding that ” The other allegation is that the governor, with profound respect, has made a lot of inciting comments either threatening foreign observers that they will go back in body bags or stating that he had to give money to certain people who were killing in Southern Kaduna and the question is: Whose duty is it to bring public officials to book when they make inciting statements that cause problems with respect to the breach of peace in the country?

That is why we need an independent NBC, independent in all ramifications who can call out anybody in the broadcasting area so that we can have a country under the rule of law. The law must not respect anybody whoever they are unless they respect themselves and.

The Nigerian Bar Association would have to respect the feelings of the members because lawyers have signed up a statement that governor Elrufai’s name be withdrawn and he should not be allowed to address a forum of lawyers because he has been associated with disobedience of court orders, abuse of the rule of law and making inciting statements that lawyers believe have contributed to the crisis in kaduna state.”

This is a great lesson to all public officers in Nigeria that people are watching them even if you believe you enjoy immunity with respect to prosecution, people can prosecute you morally. Other public officials should learn from Elrufai’s experience. This is how to run a country under the rule of law.

So, You’re Thinking About Going To Law School

Know Your Rights In The Air